Michael Dalton (also known by his alter ego's name Dolly Diamond) is an international theatre and cabaret star who lives across the road from a hospital (trust me, the relevance becomes clear as the podcast rolls along). Originally from the United Kingdom he now lives in the leafy southeast of Melbourne and is one of the country's hardest working performers.

Listeners to Joy FM will know him as one half of The Royal Daltons who sadly retired from the airwaves in late 2015, but they can now drink in Dalton one more time as we talk about rubbish gigs, what not to say to people after a rubbish gig, school punishments, Masterchef, The Brady Bunch, lookie-likies, the greatest brothers-based TV concept ever (it involves the Sheens, the Baldwins and the Daddos - my idea, hands off), drug-taking, horrible Christmases, being a child actor on the West End, Kylie Minogue, Eddie Perfect to Tim Minchin, and a tiny bit of Australian TV slander. Just a bit. I've edited around it so we can still get jobs.

From London to Ringwood, we cover it all, to the sweet, sweet sounds of every noisy thing that decided to walk past in the window in the 90 minutes I was at his flat. Man...just incredible...

Note: There's a lot less swearing in this one. Still has two proper swears and a few mild ones. HEY THERE CATS AND KITTENS!

The next episode of Bang On The Strillers is currently being edited, featuring Wes Snelling (part 2) where we discuss family/animal trauma, Return to Eden and I confess one of my most embarrassing moments which is on film somewhere in the Australian television archives (and I'm talking circa 1987 so you know it's bad).

Also, here is my Soundcloud page where you will find all the episodes (except Mike's, which oddly hasn't synced, so I shall upload that later) and some other Geraldine Quinn bits and pieces. 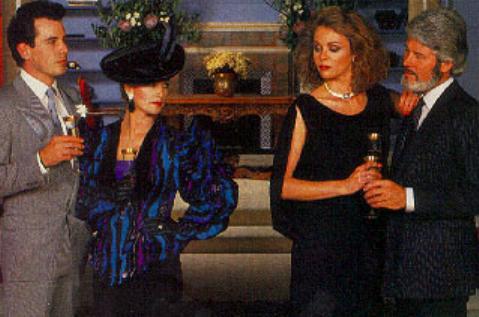 Note - both my guests and I do make informed choices to swear sometimes (not constantly, but the worst words you can think of may pop up), most often for comic effect. It's not a question of intellect or poor vocabulary - it's a definite choice. So bear that in mind if you have sensitive types within earshot. Unless of course you want to warp them, in which case, turn it up.

In this episode of Bang On The Strillers, I, Geraldine Quinn, join music theatre/cabaret/comedy performer and fellow Wagga Wagga child Michelle Brasier (who is also a founding member of Backwards Anorak who had recently returned from yet another sold out UK jaunt and I'm not jealous at all).

We discuss the point when grieving becomes hilarious, how art can help when your heart is broken, playing embarrassment roulette in public, spectacular accidents, coming of age in country Australia, badly written reviews, what it's like to have Malcolm Turnbull as your dad, being described as "a hungrier Rebel Wilson", how not to destroy your voice, making a fool of yourself in front of medical professionals, all with the rumble of Lygon Street, Carlton softly in the background.

Featuring me losing my tiny ginger mind at two of the funniest stories I've ever heard. Here is a link to Michelle's article on art and grief.

In his twenty years on the scene, Wes Snelling has been one of Melbourne's and Australia's most impressive cabaret and comedy performers. He is a mentor, director, dramaturg, musician, actor, speaker and all-round inspiration who has generally unimpeachable taste, apart perhaps from being a long-term friend of mine, Geraldine Quinn.

In this "Part 1" episode of our chat ("Part 2" to come, with a Michelle Brasier-shaped hiatus in the interim), we discuss ever-so-earnest a cappella, minimum wage, Geraldine's building structure fears, Melbourne's lamented and long-lost musical venues, the cultural cringe, too-tight trousers, caravan parks, the perils of telling stories about your family onstage, and why Australian family Christmases really can suck dog's balls.

My second guest was the first recorded (late August 2015), so while the conversation is sparkling, the room is a little bouncy and the levels are a little low. But there's still a wealth of joy to be had from the brain of Miss Becky Lou, international burlesque performer and newly minted speaking comedy performer.

Crowned Miss Burlesque Victoria in 2013, Becky Lou is a sparkle warrior who originated from the wilds of Western Australia and has toured Australia and the world as an award-winning burlesque artist.

She is a bit too obsessed with Billy Joel, and I have faith her kegel muscles are in excellent condition (that sentence will sound less weird when you listen to the podcast).

Explaining ice to children. Weapons at Book Week. A lot of coffee. Rock cabaret ginger Geraldine Quinn chats to singer-songwriter and cabaret/music-theatre charmer Mike McLeish about juvenilia, street gangs, clarifying the perils of drugs to children and why 'Howard The Duck' is vastly more traumatising than 'The Amityville Horror'.

Mike is a voice-over artist, actor, singer-songwriter, musical theatre performer and delightful personality. He is a responsible father and makes a darned good coffee.